This One's for Tim - what it's all about 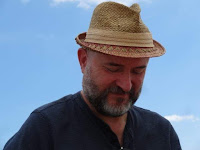 Tim and I had always planned to travel - as I expect most people do. It was always 'one day'.

Then, in November 2017 he was diagnosed with multiple myeloma - a bone marrow cancer. It's not curable but is treatable which centres around trying to buy you extra time. He was lucky, he hadn't had any symptoms; it had been picked up by a routine medical. After the initial shock, we settled into a routine of blood tests and visits to a consultant every three months. Before each appointment the tension ramped up, but we were always relieved to discover that his blood levels had remained stable. So far, so good.

Tim was 55. The consultant guessed that Tim might have ten years before needing treatment as he was otherwise fit and well. We worked out our sums and decided to save as hard as we could to pay off the mortgage so Tim could retire at 60. We would outrun this thing. We began exercising and eating more healthily - Tim needed to be fit for the gruelling treatment ahead. 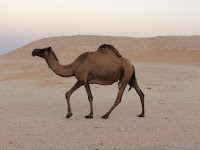 Originally, we'd thought that when we retired we'd rent our house out, buy a campervan/motorhome and travel around Europe and the British Isles for a year. That had been the plan. I still have the folder where we put newspaper and magazine clippings - all for our 'one day'. The diagnosis of multiple myeloma changed that. Tim didn't want to be away from our children now he knew the clock was ticking. We decided we would plan family holidays and make the most of the time we had. And we really did. 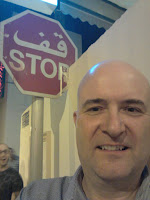 It came as a shock on 4th January, 2019 when I took Tim to hospital with a suspected stroke. It was even more of a shock to learn two hours later that he had a brain tumour. At first the consultant was optimistic but after a biopsy, we were told it was the worst possible kind. A glioblastoma. So deep in his brain that it was inoperable. He may perhaps have a year.

More tests followed and his condition deteriorated rapidly. The only way I can describe it is that it was like dementia taking hold at 90 miles per hour. Chemotherapy was arranged to ease his symptoms but unfortunately he was too unwell to start the treatment. The promised year was reduced to six months.

After a couple of weeks Tim began to confuse words. He thought he was saying the right thing and he was absolutely spot on with his thoughts. But his words were muddled. After about six weeks he lost the ability to communicate. He knew exactly what was going on but he couldn't speak, or write, or type, or read. We communicated in a strange way - more guesswork than anything else.

Right until the end he kept his sense of humour and he faced the end with a strength that I admire so much. He passed away in the early hours of the morning on 29th March 2019, at home, with me and our children holding his hands.

One of the places we'd hoped to visit (although not in the campervan!) is Petra in Jordan. Tim loved the Middle East and was fascinated by its history and landscape. He loved camels and the heat, sand-dunes and the people. He worked in Saudi for a fair amount of time and made many friends. When he died it was comforting to receive messages from people I'd heard him speak of.

Tim gave me a seashell from a beach in Yanbu in Saudi Arabia. I often hold it and I think of him there. I have a photo of him outside Laurence of Arabia's house. This part of his life was foreign to me but I used to love hearing his stories. 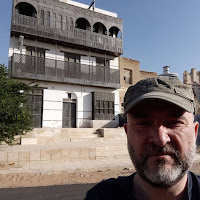 It's because of all this: these stories, our 'one day', the seashell, that I'm doing a charity trek with Dream Challenges to raise money for The Brain Tumour Charity, 2-9 April, 2022. We start our trek at Wadi Araba and walk to Petra over five days - I say 'walk', but this is serious stuff. On two of the days we walk for eight hours; on another two days we walk for a meagre six hours!

I'll be setting up a Just Giving page and hoping to raise oodles and oodles of money for the charity. It's too late for Tim, but I just might be able to help someone else.

I'll also be blogging about my journey. I'm middle-aged, fat, and unfit. I think I might have bitten off more than I can chew. But I need to do this. I need to show Tim that I can do this.

I'm doing it for Tim. For my best friend.