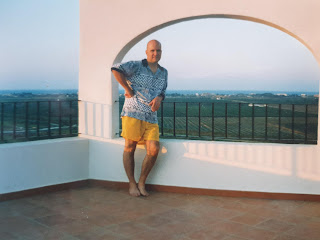 When I signed up for this trek I knew I'd have to face several obstacles: losing weight, getting fit, the heat, hills..... Never in my imaginings did I think that my feet might be a problem. They are the things that are getting me there. They are the things on which everything rests. They are not supposed to be tripping me up. But they are. I've had toe discomfort on and off for the last few years but nothing to worry about. In Shetland it would sometimes play up but I put it down to my sturdy boots being too, well, sturdy. So I've been doing my training in my old faithfuls which I finally had to throw away as they were ripped, let water in, and then the soles began to flap around. Never mind , I thought. I can buy some new boots fit for the trek.  I was feeling a bit smug - a reason to spend some money, and bought nice and early to break in. Pride, they say, comes before a fall. Mrs Smug has now been replaced by Mrs Pie in the Face. My toe issue is back and it's excruc
Post a comment
Read more

We're nearing the end of brain tumour awareness month and, to be honest, it all feels a bit raw. For today, it's two years since Tim died. It's been a tough month. Training has been slow. My writing's felt wooden. I've suffered from insomnia and managed on nights of four hours' sleep. Needless to say comfort eating has returned, shaking hands, racing heart and all the other things that go with grief and anxiety. But I'm determined to get back up again. I'm better than this time last year. At least I've managed some walks - not as many as I'd scheduled and my longest only seven miles - but it's a start. I'll get back on the diet as I know I feel better for it. And I'll try to shrug off March and make a note for next year not to plan too much because it might be a tricky month. I'm looking forward. Trying not to look back. This time next year I'll be fit enough for the trek. My new hiking boots will be worn in and my supplies at
Post a comment
Read more 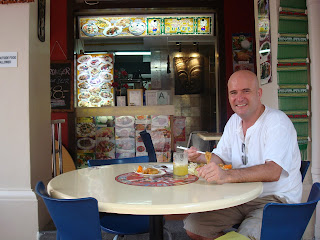